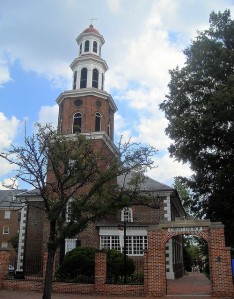 “That’s so interesting.  How did you get into acting?” is the usual comment and question I’m asked when people find out that I do voice over, tv commercials and the occasional film.  There is a long answer and a short answer.  Most people receive the short answer — I fell into it.

The long answer is the reason I write Anne on Fire.  It answers the question:  How does burning your leg on a stove at 2 years old lead one to the acting world?

From the research and interviews I’ve conducted, I learned that when my mother found me on the stove, sealed to it by the sole of my shoe and burning, I was in shock, unable to say a word or call out for help.  As time went on, my wounds healed and I was a normal kid in every respect.  Except that no one ever talked about the accident.  Without that context, I was left alone to create my own meaning for the event.

Everything might have gone on just fine, had my mother not asked me to make her two promises on her deathbed.  “Don’t fight with your sisters,” she implored, a request that seemed incredibly difficult to me as the youngest of three girls.  I reluctantly agreed.  “Use your talents.  Promise me,” she asked, as we pressed on the morphine drip that eased her pain in those final days.  That request seemed the easier of the two, especially since I’d always fancied myself as the creative one of her five children.

Now and then, I would have the distinct impression that she was whispering to me from beyond.  Mostly I shrugged these moments off.  Raised as a traditional Catholic, I certainly believed in the after-life.  But the teachings were that we humans got just one shot at life, then pass on to our eternal future, where by all accounts, we  wait in joyful hope of the coming of the rest of our loved ones to the pearly gates.  There was no talk of secret messages passed along to those of us left behind.  Eternal life meant we each went along in our separate domains.  But what if she was trying to tell me something?

It was Christ Church in Alexandria, Virginia, old as the country itself where my cousin got married.  He asked me to do a reading at the wedding and I’d read it over many times in preparation.  Since elementary school, I had a long history of being asked to read in church and it always exhilarated me.

I climbed up to the church’s pulpit and pressed the reading flat with my hand.  And then it happened.  I looked up and somehow, some way, time was frozen.  The people in the pews were frozen.  Everything was silent and un-moving.  I didn’t talk.  I couldn’t talk.  I felt as if I’d been in this place before.   A soft whisper in my ear and I heard her, “Use your talents.  You are not doing what I asked.”

Fumbling now and with shaky hands, I looked up to see the people moving, waiting for me to begin.  I did.  I read each word slowly and carefully, feeling a powerful surge as I ended the piece.

As I stepped back down to my seat, my legs wobbled and I noticed I was sweating.  I looked around for acknowledgement but the ceremony just continued on.  Something had happened and I needed to find out what it was.

I didn’t know it then but the acting career I never thought about before was about to begin.